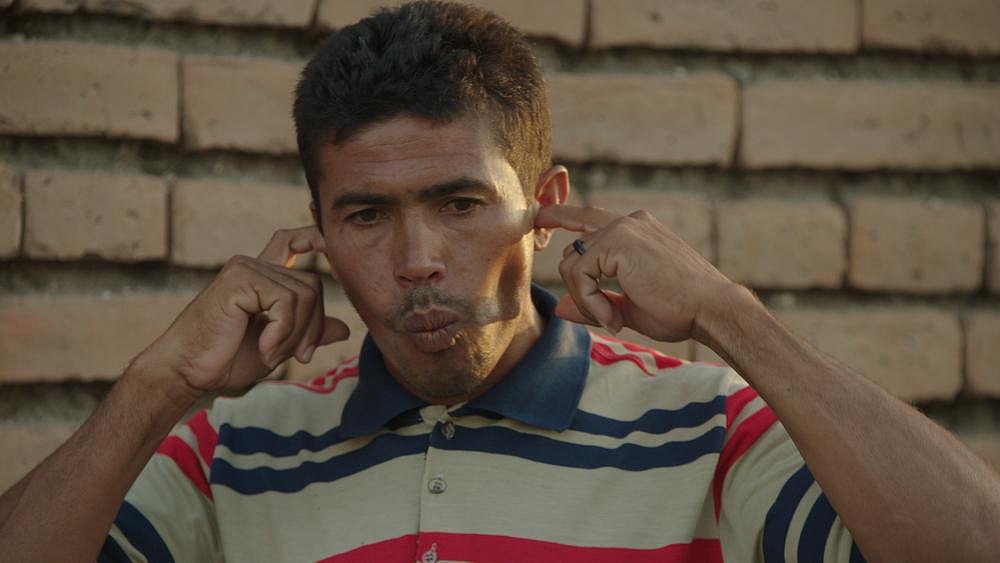 Jogos dirigidos is set in the arid backlands of Várzea Queimada, an off-the-grid town in Brazil's Nordeste. Among the town's nine hundred inhabitants is an unusually large population of deaf individuals. De Andrade's work depicts a group from this community as they use a nuanced, self-taught system of gestural signs to enact staged testimonials and play outdoor games. The participatory nature of the video was inspired by Augusto Boal's Teatro do Oprimido [Theater of the Oppressed], demonstrating how the characters on screen communicate with one another through expressive physicality and affirming the richness of language beyond audible voices.

De Andrade’s mother was an educator, and the video is titled after one of her textbooks -- Jogos dirigidos. While much of Jogos dirigidos follows this logic and is structured as an educational video, the question of who is teaching, and what is being taught, is left ambiguous. Unlike the titular games, the direction is light and there is rarely one person leading the activities. Rather, these are open-ended activities that reflect the everyday lives of the inhabitants of Várzea Queimada. Like much of de Andrade’s work, fiction and non-fiction blend into each other, most notably towards the end of the film, where, in a meta-cinematic gesture, de Andrade reveals the camera and lays bare the act of filming itself.