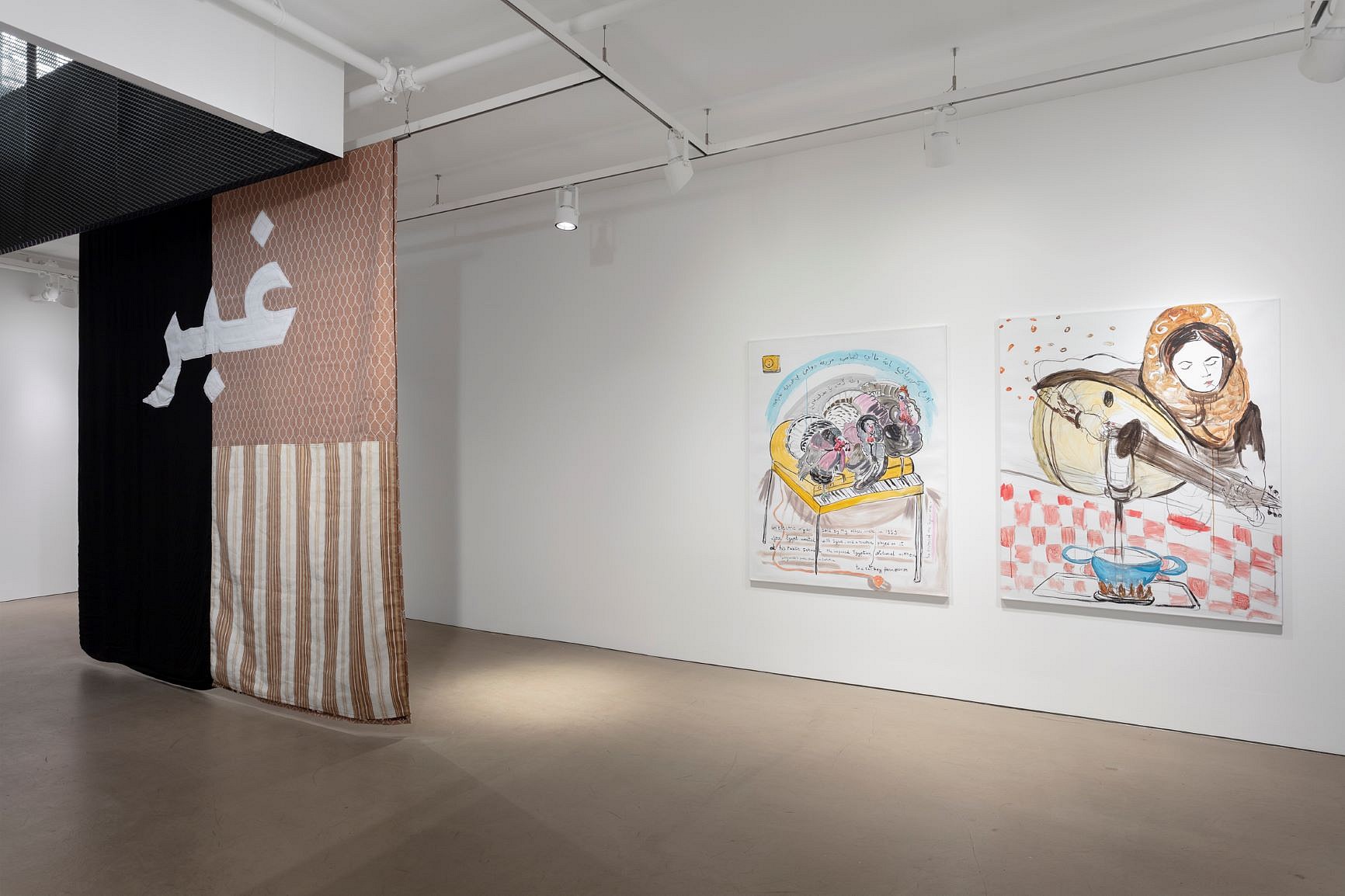 Alexander and Bonin is pleased to announce the second iteration of Tandem, a project curated by Luiza Teixeira de Freitas. Tandem consists of a series of five exhibitions over the coming year that run parallel to the gallery program, each one a dialogue between two distinct artistic practices.

Grada Kilomba’s Illusion series retells archetypical Greek myths via traditional African oral storytelling, slowly transforming them into allegories for the post-colonial condition. Illusions Vol. II, Oedipus 2018 takes Oedipus as its point of departure. The eponymous protagonist, who married his mother and murdered his father, becomes a metaphor for the politics of violence and the force of destiny. Kilomba turns away from Freud and towards Fanon in her reading to ask the viewer whether it is possible to escape cycles of oppression and anti-blackness. The sparse set, composed of a few carved stools on a white background, further references the white cube as Kilomba uses Fanon to interrogate the space of the gallery itself. Much of Kilomba’s practice emerges from her academic work; the artist, who lives and works in Berlin, is a trained psychologist, has a PhD. in Philosophy and was a professor at Humboldt Universität Berlin. Kilomba has upcoming exhibitions at the Pinacoteca, São Paulo and at the Bildmuseet Umea in Sweden.

Mounira Al Solh’s Raghaba 2014 divides the gallery in an act of domestic and linguistic partition. The double-sided patchwork of Lebanese drapes, of the type often used to provide shade or split up a room, is sewn on one side with the Arabic raghaba, meaning ‘(to) desire.’ On the reverse, these three letters are shuffled to spell ghabar, the Arabic noun for ‘dust’ or verb for ‘to vanish.’ This sense of vanishment is echoed in Rawane’s Song 2006, an early video of Al Solh’s from 2006. In the video, the camera traces the artist’s feet, clad in pointy red shoes, as she walks through her studio. A series of ambiguous meditations on what it means to be a Lebanese artist and how to (not) talk about the war play on screen during intermittent pauses. Also part of Al Solh’s presentation for Tandem are three paintings from her I Want To Be a Party series, which combine stories and semi-fictions from the artists’ family to explore a specific object that was sold in order to survive. Al Solh lives and works between Beirut and Amsterdam and recently had her first institutional exhibition in the United States at the Art Institute of Chicago.