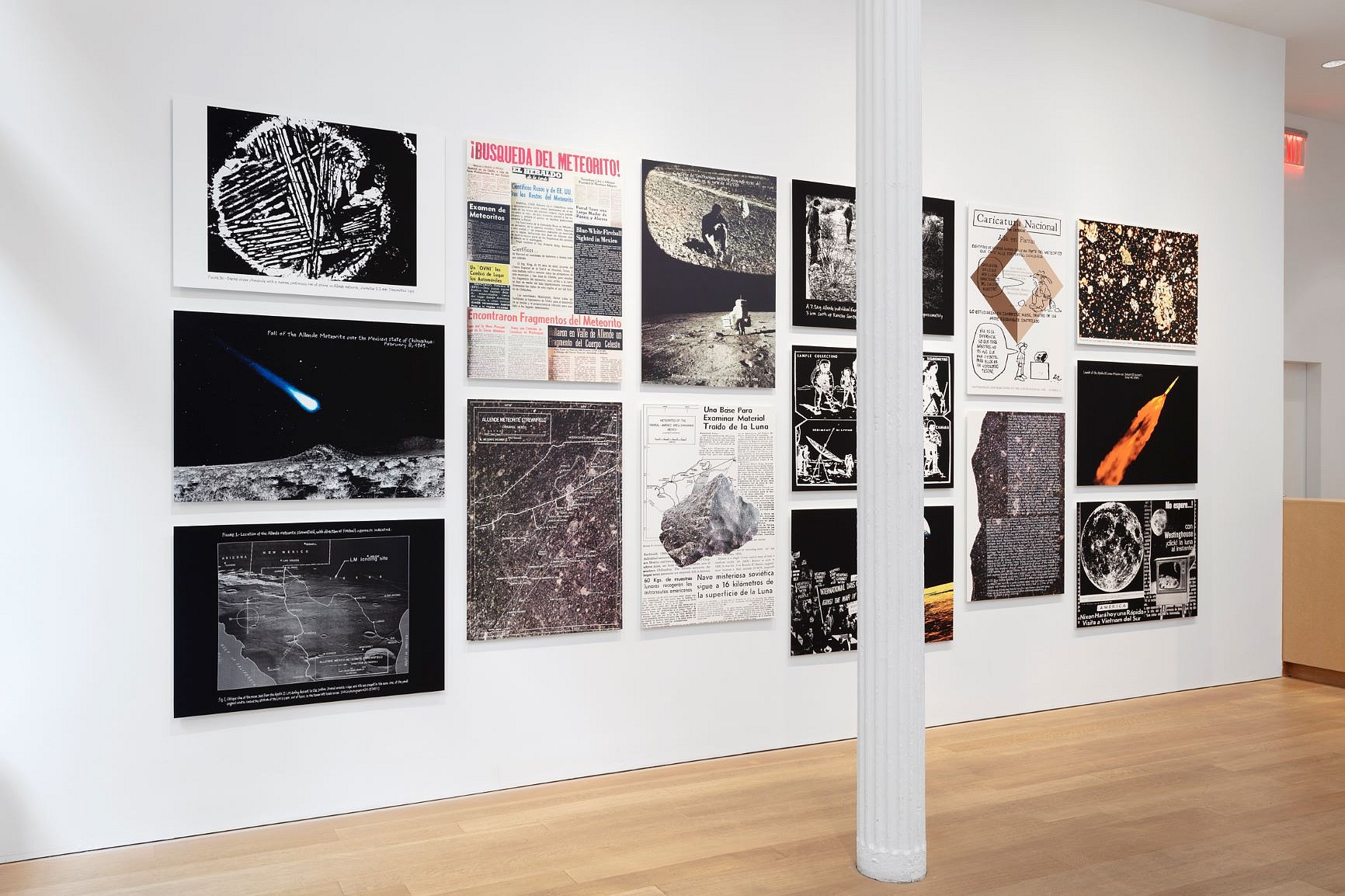 Alexander and Bonin is pleased to announce The Decade Review, an exhibition of new work by Fernando Bryce that chronicles the intellectual, political and cultural currents of the 1970s.

Fernando Bryce’s drawings systematically re-examine the way historical events are represented in media and cultural production. Bryce describes his work as ‘mimetic analysis,’ which involves culling archives for advertisements, newspaper articles, propaganda pamphlets, comics, and other print materials relating to specific political developments. He then reproduces these original documents in ink on standard paper formats. By bringing the archive into the present, Bryce goes beyond a simple portrait of the past and makes us question the way that history is narrated.

Installed across the main gallery is the eponymous work, an assemblage of 110 meticulously reproduced texts and images from the 1970s. Bryce weaves a multitude of connections between seemingly disparate phenomenon, like Hollywood movies and national liberation movements, offering a panoramic survey of the decade. Government publications, such as the Peking Review and Department of State Bulletin, are placed next to works by Gilles Deleuze and Milton Friedman and posters for Pasolini films. Of particular note is Bryce’s focus on South-South relations, visible in his focus on revolutionary movements from the Black Panthers to the Mozambique Liberation Front, and the way he traces the shifting tensions between China, the US and the USSR. By reproducing archival material in a uniform palette of black and white, Bryce simultaneously unifies these distinct references while also creating a certain distance from the original sources. A sense of crisis further underscores the series, as the economic boom that had undergirded the 50s and 60s ended and ideological fault lines began to splinter.

Two recent series will also be included in the exhibition. The first is Corpore Insepulto, a group of 5 portraits, including those of as Mao Zedong, Pope Paul VI and General Velasco, figures who loomed large over the 70s. Allende / Apollo XI, in the front gallery, is a set of 15 prints that grapple with two events that occurred in 1969: the impact of meteorite Allende, which landed in northern Mexico, and the American Apollo 11 mission to the moon. This metaphorical exchange between Earth and outer space is, for the artist, a moment that interrupted history and marked the beginning of a new era.