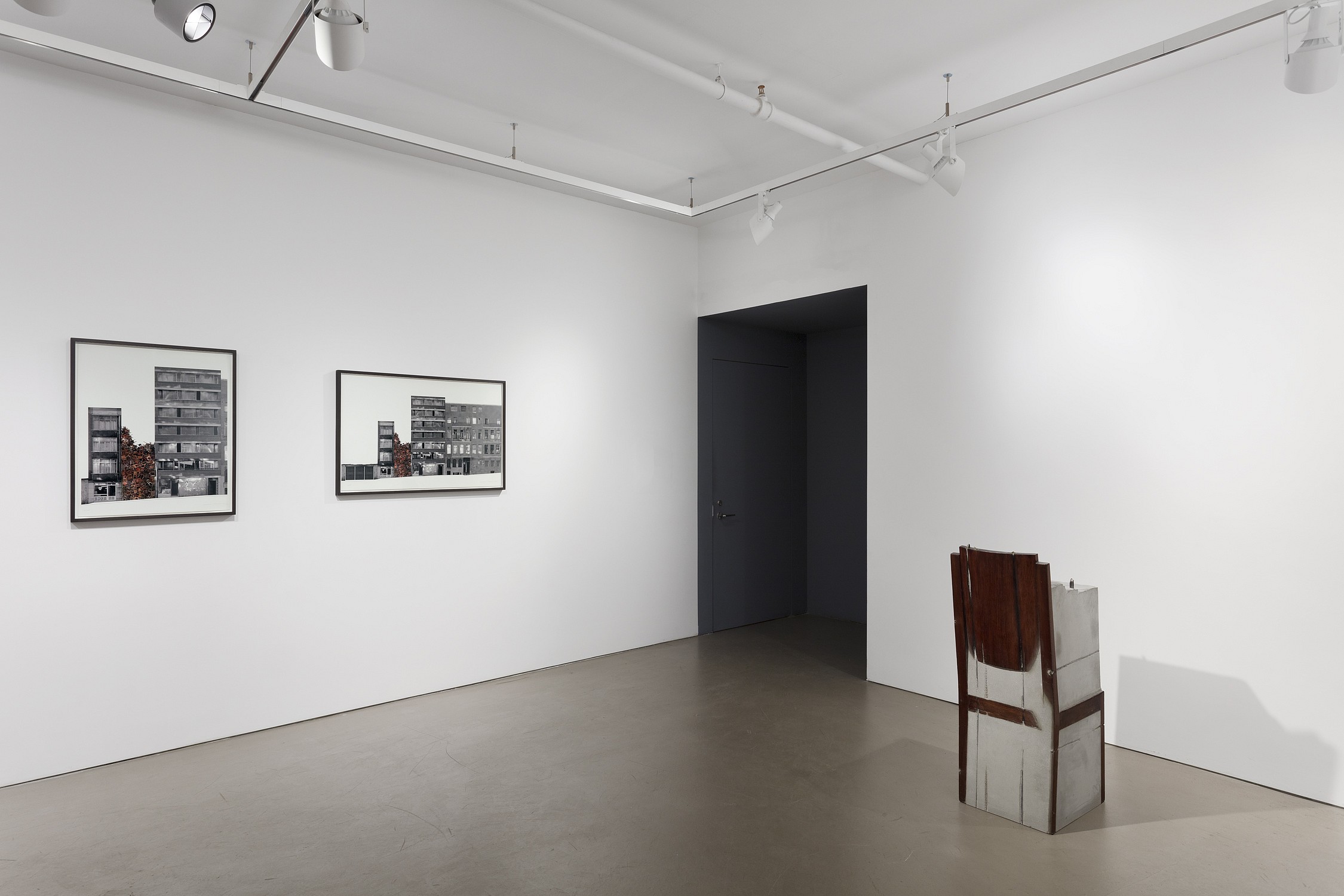 Doris Salcedo’s prints both document and reconsider some of the artist’s large-scale installations. While several prints consist of visual proposals for installations, others depict the installations as completed. All prints, however, attest to Salcedo’s subtle understanding of space and direct engagement with the historical, social, and political realities of a place.

Istanbul I and II (2003), for instance, are two prints based on Salcedo’s digital proposal for her installation at the 8th International Istanbul Biennial. The installation, made in 2003, contained over fifteen hundred wooden chairs stacked between two buildings to evoke the history of migration and displacement in the city of Istanbul.

Abyss (2006) was made after Salcedo’s installation for the 2006 T1 Triennial of Contemporary Art in Turin. For this installation, Salcedo extended the 18th century brick ceiling of a gallery in Turin’s Castello di Rivoli nearly to the floor, creating the impression that a brick ‘skin’ was suspended from the ceiling. Working from color transparencies, Salcedo created a digital rendering of the scans and added subtle changes to colors and textures to conjure the feeling of oppression and the sense of power that the installation conveyed.

Shibboleth I-IV (2007) is a set of four prints related to the artist’s installation in the Turbine Hall at the Tate Modern in 2007. As the first South American artist invited to make a site-specific work in this space, Salcedo created a subterranean chasm in the floor to comment on the divisive legacy of colonialism and racism in the modern world. The installation’s title, Shibboleth, is a word that refers to a test of belonging to a particular social group. Completed by Salcedo prior to the installation, the prints were made by rendering the image of the ‘fissure’ into color transparencies supplied by the Tate.

For Hans Haacke and Edward Fry (2009) is Salcedo’s response to an invitation from the Guggenheim Museum to participate in the exhibition “Contemplating the Void.” Salcedo’s proposal specifically references the cancellation of Hans Haacke’s exhibition in 1971 and the subsequent dismissal of curator Edward Fry, who defended the artist. The catalyst for the cancellation of the show was Haacke’s work Shapolsky et al. Manhattan Real Estate Holdings, a Real-Time Social System, as of May 1, 1971. Based on a series of photographs of around 150 apartments in Harlem and other low-income housing areas in New York, Haacke’s piece documented the buildings’ ownership and the deals of influential landowners, some of which were among the Guggenheim’s trustees or were connected to the museum. Salcedo’s work uses Haacke’s photographs and superimposes them along the museum’s signature ramps to create the impression that the buildings have been rebuilt in their actual size inside the Guggenheim’s atrium. A visually compelling image, Salcedo’s piece is a poignant reference to the museum’s history and the role that architecture plays in spatializing the world and dividing space.