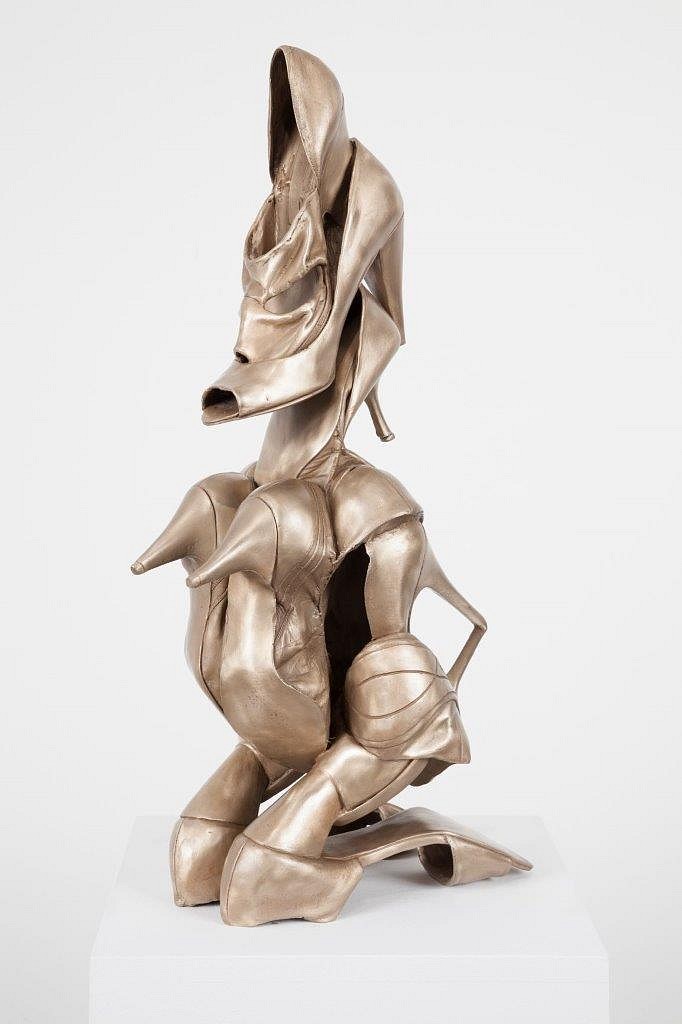 Alexander and Bonin is pleased to announce an online presentation of sculpture, painting and works on paper by Willie Cole. The selection of works span the artist’s career and reflect his complex relationship with his materials.

Mass-produced consumer products have been a consistent and powerful component of Wille Cole’s work since the mid 1980s. Cole transforms these symbols of Western consumerism into artworks that incorporate both explicit and indirect references to African arts, cultures and mythologies. Repetition is an important method of transformation for the artist, as he explains: “…repetition in a single piece has to do with reducing the object or its image to its smallest component. If I had a thousand of any given object, I know I could make anything, because I no longer see that thing for what it is. I see it as a molecule, a particle, or a fractal.” 1

By displacing a Western commodity into the realm of African civilization, Cole reverses the tradition wherein many Western artists have borrowed African forms and “Westernized” them. Curator Patterson Sims, further describes Cole’s process: “He is drawn to their materiality and cultural signification, but wishes to transcend and obliterate his sources and materials. He chooses to use American consumer objects, but then works to disguise and displace them… they are a means to carry him and the viewer to another place or culture.” 2

Willie Cole was born in Somerville, NJ and studied at the School of Visual Arts and the Art Students League in New York. He lives and works in New Jersey. His work has been the subject of several one-person museum exhibitions: The Radcliffe Institute at Harvard University (2019), David C. Driskell Center, University of Maryland (2016), Montclair Art Museum (2006), Tampa Museum of Art (2004), Miami Art Museum (2001), Bronx Museum of the Arts (2001) and the Museum of Modern Art, New York (1998).