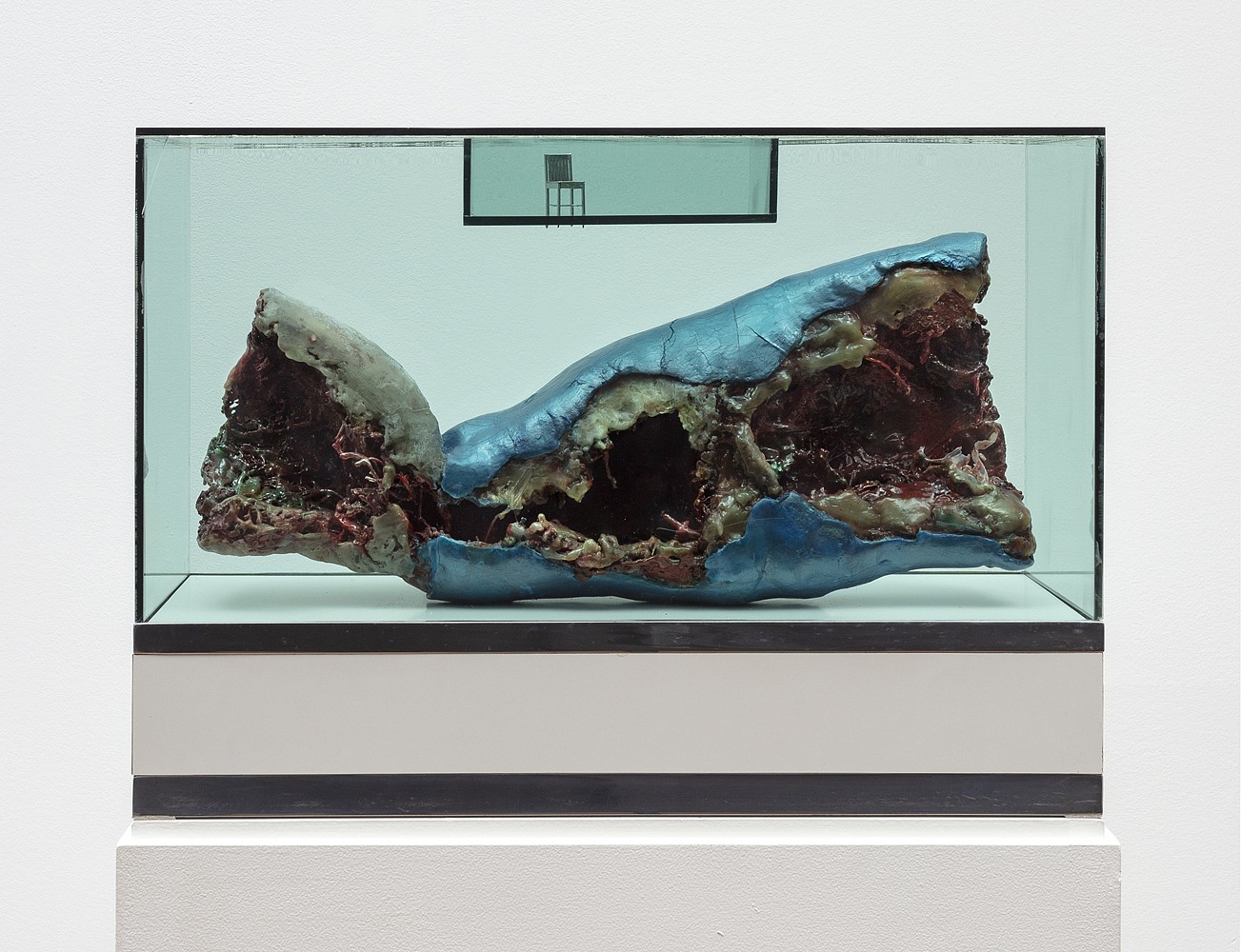 Alexander and Bonin is pleased to announce an exhibition by Paul Thek opening Tuesday, September 7th. The exhibition includes major works from all periods of the artist's career, beginning with Untitled (Meat Piece with Chair), 1966, from the iconic series Technological Reliquaries.  The exhibition also includes “picture light” paintings and newspaper paintings from the 1980s.

Between 1964 and 1967, Thek had three solo exhibitions of his Technological Reliquaries at Stable Gallery and Pace Gallery in New York. In an interview with Gene Swenson in Art News, (April 1966), he commented: "The dissonance of the two surfaces, glass and wax, pleases me: one is clear and shiny and hard, the other is soft and slimy. I try to harmonize them without relating them, or the other way around. At first, the physical vulnerability of the wax necessitated the cases; now the cases have grown to need the wax. The cases are calm; their precision is like numbers, reasonable." The reliquaries, along with Thek’s installation The Tomb (1967), brought widespread attention to his work and its relationship to 1960s counterculture.

Following the New York exhibitions, Thek spent much of the next decade in Europe – Rome, Sicily, and the first of many summers on the Italian island of Ponza, where he intermittently lived and worked for over a decade. In 1969 he worked in Amsterdam in a studio provided by the Stedelijk Museum. Here, Thek made Fishman, a latex full-body cast, and several “meat cables”: sculptures composed of steel cable (20–40 feet, 6–12 meters long)  onto which he formed chunks of wax “meat.” A pair of “meat cables,” stretched taut between walls, will be included in the exhibition with photographs by Edwin Klein made during the production of A document by Paul Thek and Edwin Klein, originally published by the Stedelijk Museum and the Moderna Museet, Stockholm in conjunction with large scale installations made by Thek and The Artists Co-op.

Relativity Clock is titled after a drawing in one of the approximately one hundred journals and sketchbooks Thek made between 1969–88. These journals are filled with drawings, writings, and transcriptions, providing innumerable representations of his thought process and nonsegregated practice.  Relativity Clock will also include Peter Hujar’s photographs of Thek working in his studio in 1967, archival materials, and a library of monographs produced since the artist's death in 1988. Concurrently The Watermill Center has re-installed and expanded their Paul Thek rooms and is presenting Paul Thek: Interior/Landscape, which includes many works on view publicly for the first time, through November 13th.