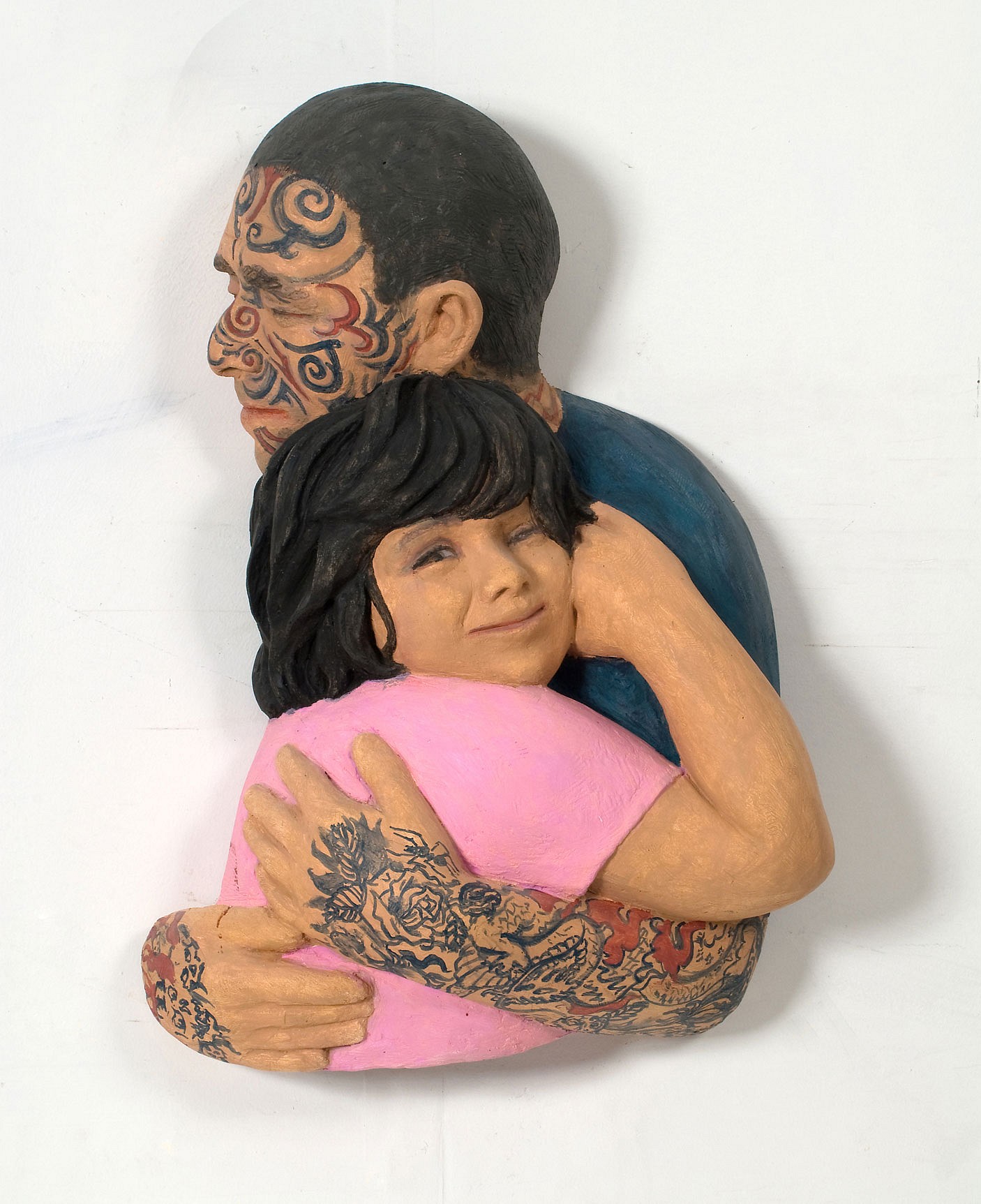 On view through December 16.

John Ahearn, Rigoberto Torres and Dalton Paula portray the people in the communities in which they have lived and worked.  John Ahearn and Rigoberto Torres are exhibiting cast plaster sculptures of residents of the South Bronx. Dalton Paula’s portraits of figures in the black community close to his home in Goiâna are paired with histories of 18th and 19th Afro-Brazilians who were never visually depicted in their lifetime.

John Ahearn was a founding member of Collaborative Projects, Inc. and co-organizer of the “Times Square Show” (1980). Ahearn’s work alongside that of his long-time collaborator, Rigoberto Torres was the subject of a survey exhibition, “South Bronx Hall of Fame,” organized by the Contemporary Arts Center, Houston (1991), which traveled to museums in Europe and North America. In the 1980s and 1990s the artists executed several outdoor murals in the Bronx and collaborated on public projects and exhibitions in Europe and North America.

Ahearn’s work has been included in exhibitions at the National Portrait Gallery, Washington DC; the Museum of Modern Art, New York (2017-18), The Museum of Fine Arts, Boston (2018) and both of the artists’ were included in “Like Life: Sculpture, Color and the Body” at The Met Breuer (2018). Torres had a solo exhibition at the Polk Museum of Art, Florida in 2002. “Swagger and Tenderness: The South Bronx Portraits by John Ahearn and Rigoberto Torres” opened on October 26, 2022 at The Bronx Museum of the Arts and will be on view through April 30, 2023.